For those who are unfamiliar the association between turnstyles and Juventus, they are two clubs that are working together to improve the standards of children’s football from the ages of 5 upwards in England, coaches from Italy come over to train the children using the Juventus way.

A DAY AT THE JUVENTUS CAMP 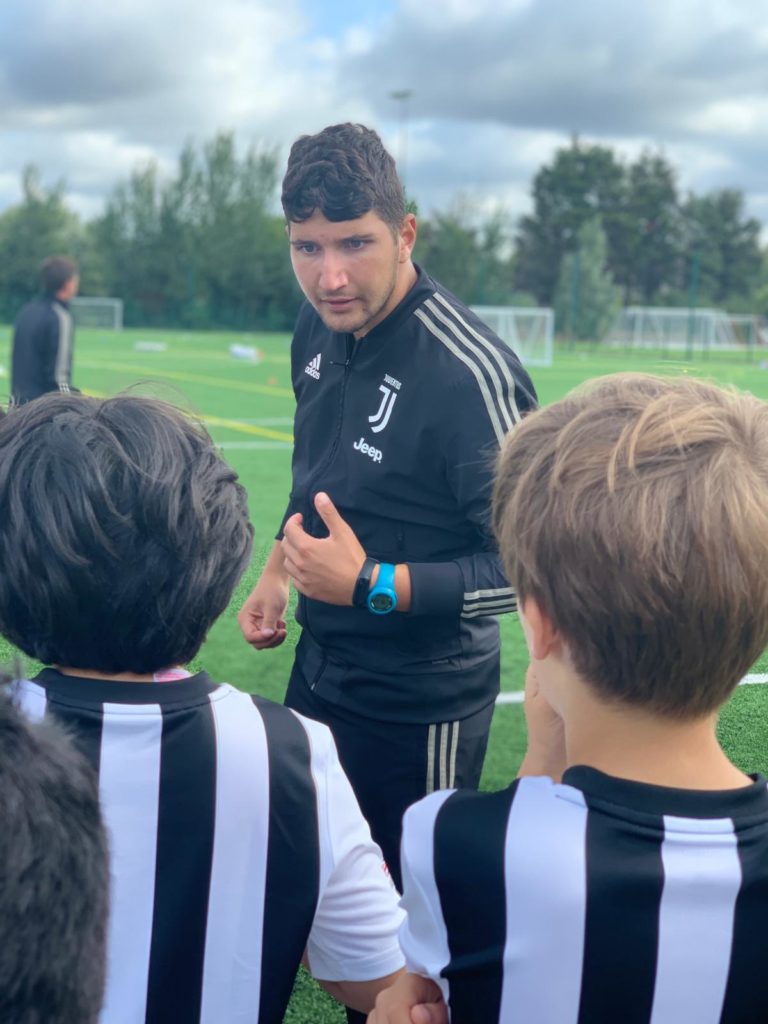 At the beginning of the day, 64 children arrived at the football ground eagerly waiting to get onto the pitch. They were all given a Juventus kit so that they could be fully immersed in the Juve style on and off the pitch. They line up so that they look professional. As they went onto the pitch, they separated into their different groups the Dybala group, Ronaldo group and Ramsey group. The names of the players motivate the children to play in the style of the player they are assigned. 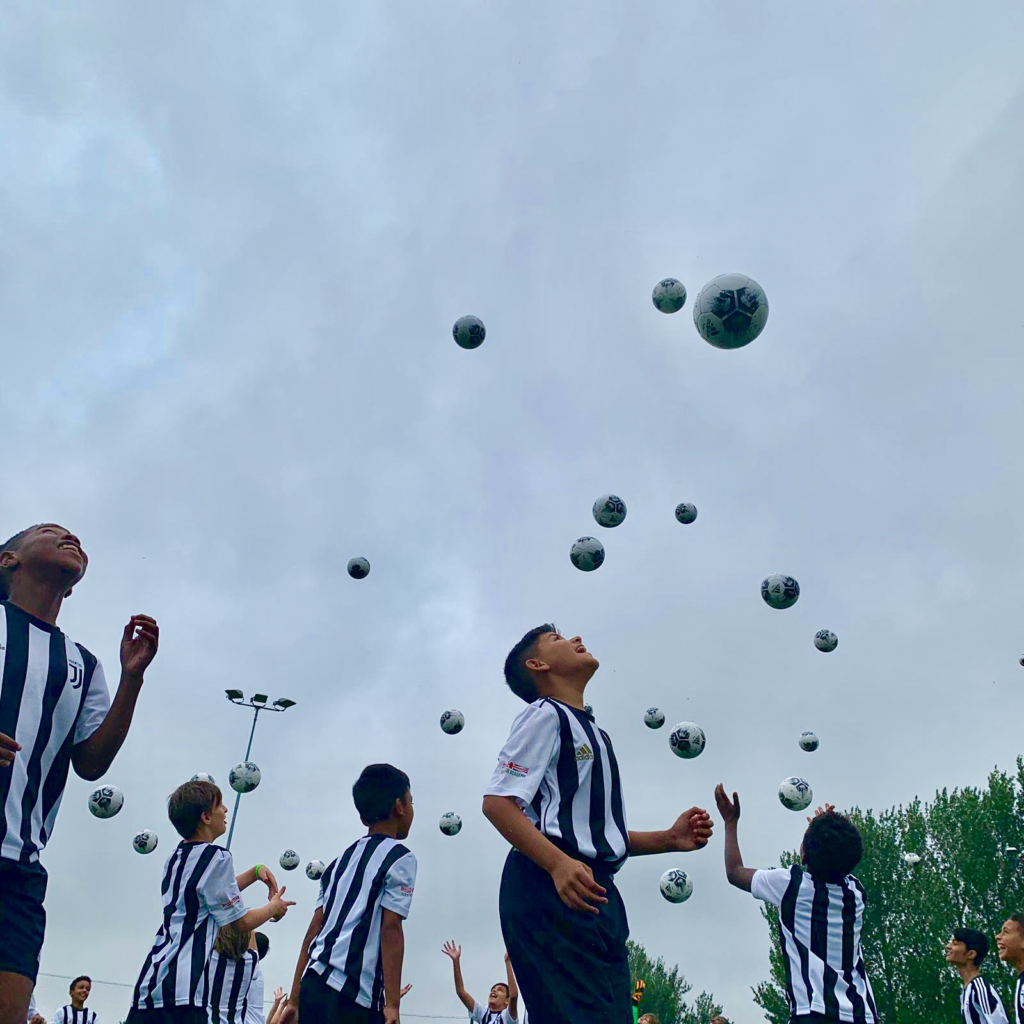 You don’t need to be a mind-reader to know that this was going to be an action-packed day of thrills.
All the players gather around the centre circle with a ball each. They then dribble into the centre circle and they then continue to dribble around with a fast pace. They then were told that when the coaches say number 1 they stop the ball with the sole of their foot. Then number 2 is to pick up the ball and finally number 3 is to throw the ball in the air and shout JUVE! 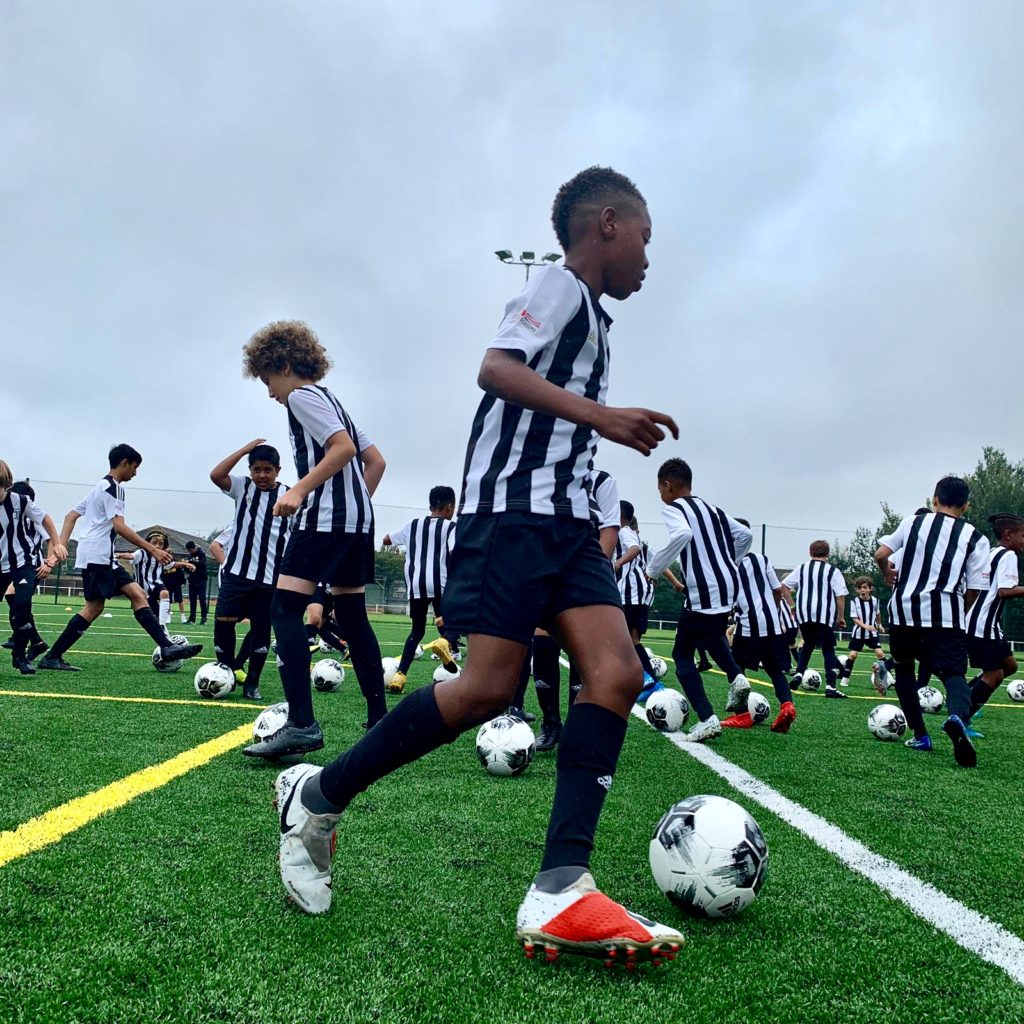 After the opening ceremony, all the children dispersed back into their initial groups. then they begin their warm-up drills something simple yet effective, it gets the players ready for the day. All the groups had a different variation of the simple passing and moving drill, whereas the goalkeepers do their own training such as: handling, reflex and ball distribution drills. As the 5-7-year-olds wear instructed were to move whereas the 13+ players had the choice of their movement. Then the children went off to break.
Shortly after they were given situational games to play in to help their decision making, vision and technical ability during a game. The situational games also improve the players’ communication and it helps them understand the better ways of playing football. The players then have a break to get a drink and eat their lunch.
When the players get back from their break, the coaches have already set up different drills to do. The players work hard in the drills and get water breaks in between drills so that they are staying hydrated. Many players went into a cage to play some football which shows their desire and passion for football; even some coaches joined in to have fun with the children.
After the drills, the players then split up into teams and played a game so that the coaches can see how the players play and where they need to improve. To conclude the day, they go get their things and the day is ended with a positive outlook on the world of football and Juventus. 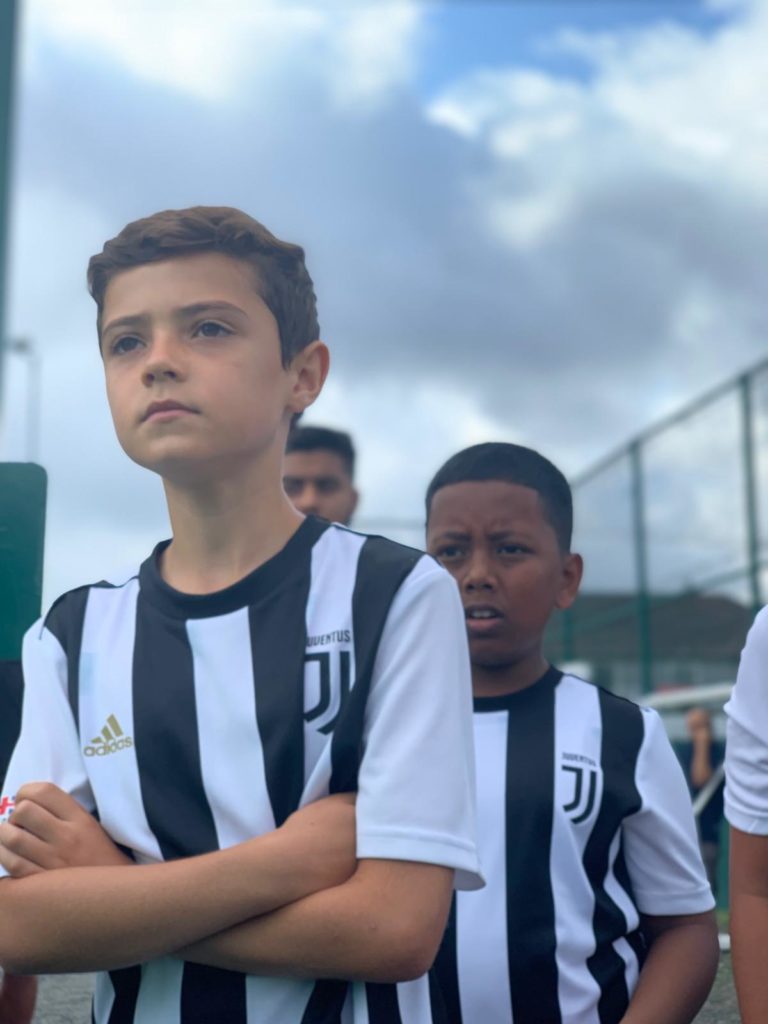 Many players mentioned that they would one day like to be a professional footballer and that this Juventus camp would make it that little bit more possible for that dream to become a reality. Although everyone aspiration is more or less the same, the older players are probably more serious about doing well at this camp whereas, the younger kids aren’t really concerned about their performance and just want to have fun. The possibility of playing in the Juventus world cup is definitely motivation for players to take this seriously.