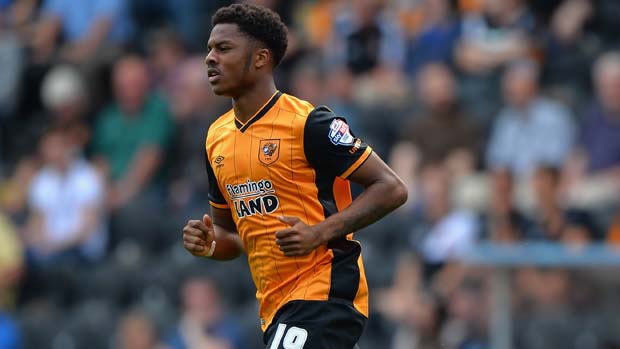 Chuba Akpom was involved in both goals for Hull in their 2-2 draw with Leeds in the Championship on Saturday. Akpom played a key role in Hull’s first goal after they had gone 1-0 down to a goal from Chris Wood. Akpom slipped the ball to Robert Snodgrass, who found the goal scorer Abel Hernandez. The young Gunner then claimed an assist, setting up Tom Huddlestone for a 25-yard strike to make it 2-1. Leeds earned themselves a point, with Wood scoring from the spot in the second half. Issac Hayden was an unused sub.

Gedion Zelalem played a full 90 minutes for newly crowned Scottish Championship winner Rangers in their 1-1 draw with Alloa Athletic. Michael Duffy scored first for the visitors before James Tavernier equalised with a header on the stroke of half-time.

Jon Toral suffered a hamstring injury during training last week meaning he could miss the rest of this year’s campaign with Birmingham City. The young Gunner has been impressive for the Blue’s this season having scored eight goals and assisted four so far. In the 73rd minute, David Cotterill scored for Birmingham directly from a free-kick, only for Joel Lynch to score nine minutes later and earn Huddersfield a point.

Yay Sanogo was substituted due to injury, having come on as a sub in the 63rd minute in Charlton’s 3-1 loss to Brighton at The Valley on Saturday. Brighton took the lead in the 8th minute through Sam Baldock but Charlton managed to equalise soon after Johann Berg Gudmundsson. However, Albion went on to claim all three points with goals from Jiri Skalak and Tomer Hemed.

Glen Kamara did not feature in Southend’s 4-1 defeat to Wigan Athletic in League One. A goal from Chris McCann and two from Will Grigg double put Wigan  3-0 up at half time. Michael Jacobs added Wigan’s fourth just after the break before Southend were handed a consolation own goal by Wigan captain Craig Morgan.

Ainsley Maitland-Niles did not play in Ipswich’s 0-0 draw with Middlesbrough at the Riverside Stadium.

Wellington Silva has been out injured with a groin strain since March and missed Bolton’s 2-1 defeat away to Cardiff City. Zach Clough opened the scoring for Bolton with a free-kick, but Niall Maher was dismissed midway through the first half. Cardiff went on to win, scoring two through Kenneth Zohore and Peter Whittingham.

Emiliano Martinez was on the bench for Wolves’ 0-0 draw with Rotherham.

Mathieu Debuchy played a full 90 minutes in Bordeaux’s 3-1 defeat at home to Angers. Cheikh Ndoye and Mohamed Yattara put the visitors 2-0 before Diego Rolan pulled one back for the home side, but Grégory Bourillon ruined any hope of a comeback with a goal in the 87th minute for Angers.

Roma, who currently sit second, are set to face Napoli who are third in a top of the table clash in the Italian Serie A.